Pleurotomariidae, common name the “slit snails”, is a family of large marine gastropods in the clade Vetigastropoda. This family is a very ancient lineage; there were numerous species in the geological past. The genus includes several hundred fossil forms, mostly Paleozoic. It is one of the oldest gastropod families, commencing in the Cambrian.

The superfamily is currently represented by a group of species that live only in deep water. This family has no subfamilies.

The first living specimens of a species in this family, Perotrochus quoyanus, were dredged in 1879 in deep water off the West Indies by the “Blake” expedition of William Healey Dall.

The animal has no frontal lobes or appendages. The eyes are situated at the outer bases of the tentacles. The muzzle is as in Trochidae. The tentacles are long, subcylindrical and bluntly pointed. The broad epipodium (the lateral grooves between foot and mantle) is thin, entire, and fringed with a row of small, short papillae. But it does bear cirri. It is closely applied to the shell. The long radula has a long, narrow rhachidian tooth. It is lanceolate with its tip narrow and recurved.

There are 26 laterals with the outer 5 without cusps. The inner ones are larger, with wide cusps and narrower bases. The outside of the laterals consists of 2 rows of uncini (the numerous small teeth-like or hook-like structures). The inner series number 18 and are large, strongly curved, and with scythe-shaped 1-3 denticulate cusps. The outer uncini are very numerous (40-50), small, very oblique. In Entemnotrochus adansonianus (Crosse & P. Fischer, 1861) there are considerable differences in the teeth. Some of the uncini bear little tufts of bristles at their apices. The jaws are subobsolete.

Important note: Contrary to many dealers out there, the genus pleurotomaria is reserved exclusively to fossil species (extinct). So many have wrongly labeled their genus. 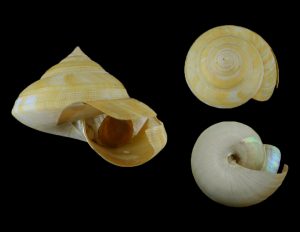 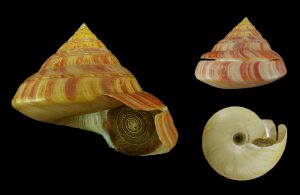 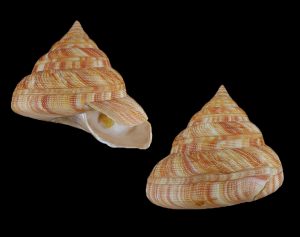