This species is relatively small compared with most of the other abalone species from the eastern Pacific, and it has a relatively smooth dark shell. This used to be the most abundant large marine mollusk on the west coast of North America, but now, because of overfishing and the Withering Syndrome, it has much declined in population and the IUCN Red List has classed the black abalone as Critically Endangered.

The black abalone’s shell length can reach a maximum of 20 cm, being typically 10–14 cm long. Black abalones can be found along the Pacific coast of the United States from Mendocino County, California to Cabo San Lucas, Baja California, Mexico.

Black abalones cling to rocky surfaces in the low intertidal zone, up to 6 m deep. They can typically be found wedged into crevices, cracks, and holes during low tide. They generally occur in areas of moderate to high surf. Juveniles tend to reside in crevices to reduce their risk of predation, but the larger adults will move out onto rock surfaces. Black abalone reach sexual maturity at 3 years and can live 30 years or more. seven years.[1]

Black abalones are herbivorous gastropods, and feed mostly on drift algae and kelp. Their primary food species depend on the habitat.

Humans have harvested black abalones along the California Coast for at least 10,000 years. On San Miguel Island, archaeological evidence shows that the Island Chumash people and their ancestors ate black abalone for millennia and also used the shells to make fishhooks, beads, and ornaments.

After the Chumash and other California Indians were devastated by European diseases, and sea otters were nearly eradicated from California waters by the historic fur trade, black abalone populations rebounded and attracted an intensive intertidal fishery conducted primarily by Chinese immigrants from the 1850s to about 1900.

Black abalone have dramatically declined in numbers throughout their historical range, and are locally extirpated in certain areas. This decline was initiated by overfishing. Following World War II, the California abalone fishery was not managed for individual species. Therefore, it resulted in a systematic depletion of various abalone species as the fishery over-harvested one species and then moved on to the next in an attempt to meet demand.

The depleted stocks of black abalone were further reduced by Withering syndrome, first discovered in 1985, when commercial fishermen reported large numbers of empty shells and dying abalones on the shores of several of the Californian Channel Islands (including the islands of Santa Cruz, Anacapa, Santa Rosa, Santa Barbara, San Miguel, and San Clemente). This disease impairs the production of digestive enzymes, effectively starving the abalone to death. Following onset of symptoms, the animal usually quickly dies.

In many locations, percentages greater than 90% of individuals have been lost, and in some places, a total loss of the black abalone population occurred. The disease spread from the Channel Islands to the mainland coast in 1992, where it devastated most populations in warmer waters south of Point Conception or in locally warmer waters further north. 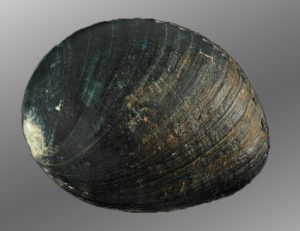 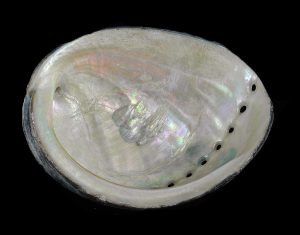