The Hebrew volute is endemic to Brazil, where it its collected both for food and for its shell, which is highly desired for ornamental purposes. This sea snail is found only along the north and northeastern Brazilian coast in the littoral zone. This species is endemic to those areas. It is present in many Brazilian states and regions, including Pará, Maranhão, Ceará, Rio Grande do Norte, Paraíba, Pernambuco, Alagoas, Sergipe, Bahia and Abrolhos Marine National Park.

Large specimens may exceed 200mm. Sexual dimorphism can be observed in the shells of this species: the shells of the males tend to be more elongate with a smoother outer surface, whereas the shells of the females are generally wider and more nodulose. The angle of the spire also differs between males and females.

The Hebrew volute dwells in sandy bottoms, among coral and rocks, and usually shows a preference for sandy substrate. It may be found from shallow water to depths around 40–70 m and is commonly taken by shrimp trawlers. 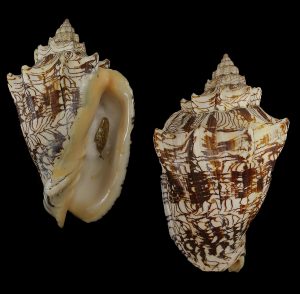 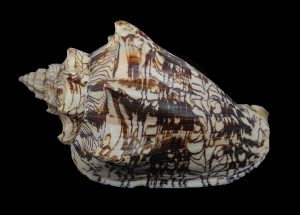